Outer Wilds is a great sci-fi game. DLC Echoes of the Eye proved it 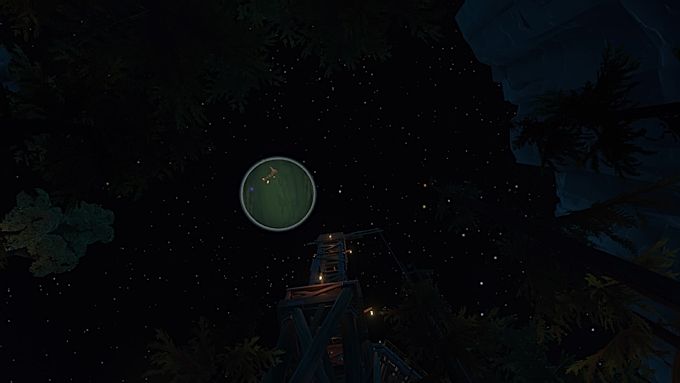 Wake up, take a deep breath. Rub all four eyes.

This time it almost worked out.

Explosion overhead again. First, try to remember in which direction the probe will fly, and then wave your hand - now another riddle is important.

Run into the elevator without saying goodbye. There will be many more attempts, but he still won't remember. Almost nobody remembers.

From the summer, jump into the ship, put on a spacesuit, start the engines. There is not a second to waste! The course is set. It may seem to my comrades from Kamelka that I have lost my mind: I am flying somewhere into the void of space. The flight eats up half a minute, but even during this time I manage to notice a couple of extinguished stars. Everything dies, even the stars. Our star will soon die.

Everything will definitely work out. But what if you did something different this time?

At the end of September, Echoes of the Eye was released, a story expansion for the Outer Wilds video game. At one time, the "World of Fantasy" did not devote a separate review to the game (shame!). Why, the game did not find a place in the top 20 for the year (shame!), Although, in my opinion, it could easily have competed for the first place. The release of the expected DLC is a great reason to restore justice. Frankly, this desire has been boiling in me since the spring, when I first passed the Outer Wilds - it struck me like no other game.

Almost a month has passed since the release of the DLC. Perhaps this is a long enough time to talk about the game and the add-on already with spoilers. In the main text, the spoilers will be moderate, but in the final part, where I think about the ending, they are downright critical. 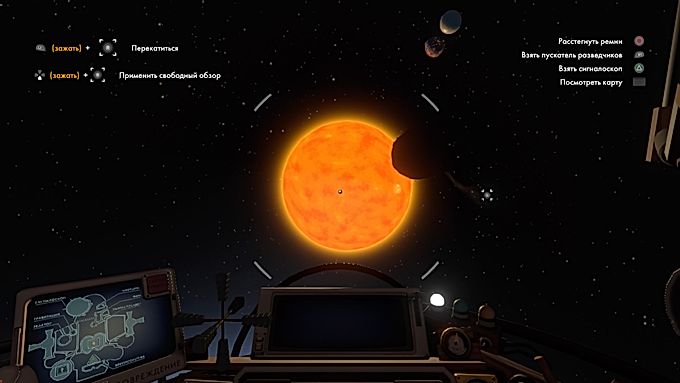 You probably can't wait to accuse me of a flashy headline and a graphomaniac introduction (the second claim is fairer). Take your time, I'll explain everything. But first, let me say a few words about the Outer Wilds itself, which many often confuse with the role-playing game The Outer Worlds from Obsidian.

Wilds is an adventure simulation set in a small open world. Rather, in an open planetary system. The player takes on the role of a Camelian space traveler. In this system, several bizarre planets revolve around the local sun, on which traces of an ancient civilization of aliens that call themselves Nomai can be found. Study - do not re-study! The problem is that after 22 minutes the said sun will explode, turning into dust the Kamilians and their native system. But there is good news too! At the very beginning, the hero falls into a time loop, and now he has a lot of time to figure everything out - but every 22 minutes you have to start over.

At the beginning of the loop, everything is reset - except for the information in the logbook.

Flying, exploring, riddles, looping - that's all well and good, but we've seen these elements in other games as well. Why do I call Outer Wilds the greatest SF game? Let's go in order. 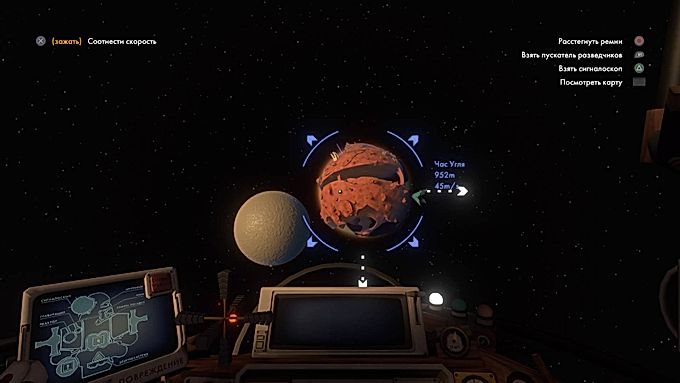 (2) We fly to Gemini, the planet closest to the sun. Rather, to the planets - this hourglass surprises every time as the first. Although from the outside this is the first time ... =>

We are used to the fact that space is incredibly huge spaces. In science fiction, this problem is usually solved with the help of supertechnologies like special engines or superluminal jumps (when it comes to travel to different planetary systems). Even in Space, travel through the system takes weeks, although there ships are equipped with advanced engines.

In Outer Wilds, the authors simply zoomed out. The local planets seem to have come out of the "Little Prince" - you can fly from one to the other in a minute, and in a couple of minutes you can actually walk around the planet along the equator (with the help of a jetpack, you can even faster).

And what kind of reliability and scientific character can there be? But!

It would seem that this approach should completely break our ideas about space. But everything is subordinated to this scale! The planets revolve around the axis and in their orbits at given periods, gravity works exactly as expected (besides, it is different on different planets).

Do you need to finish outer wilds to play echoes of the eye?

What does outer wilds echoes of the eye add?

So, what does Echoes of the Eye add? It introduces a new museum exhibit that marks the trailhead into one last journey into the wilds . Players can grab their flashlights and find the answers that await them in the darkest reaches of spac

What makes outer wilds so good?

Outer Wilds does many things well. The incredible originality in the design of the planets is second to none . The way that you can extensively explore each one to unlock story details is memorable and enjoyable for the most par

Does echoes of the eye change the ending?

The DLC Echoes of the Eye introduces three new endings to Outer Wilds which already had several ending options. While all three endings require slightly different steps they all build upon the same foundation as many of the main game's ending

How do you start the Echoes of the Eye in Outer Wilds?

To get started, visit the new exhibit at the Timber Hearth observatory and museum . It's just to the left of the entrance. The plaque describes a project that makes it possible for all explorers to have a handy galaxy map. It's time to head to the radio tower to learn more about the deep space satellit

Is Echoes of the Eye standalone?

Do I need a new Save for Echoes of the Eye?

While it's not required to have an existing save to play Echoes of the Eye, or have completed the main game prior to starting it, Modius Digital does suggest that there is something extra at the end of the loop for those who do finish i

How long did it take you to beat outer wilds?

How Long is Outer Wilds. Technically, you can beat Outer Wilds in around 20 minutes, though that would be extremely lucky of you to do without learning any of the Quantum rules. Playing via the path outlined above, we estimate that Outer Wilds will take you anywhere between 20 and 30 hours to complet

How many hours does it take to complete outer wilds?

Outer Wilds is an open world mystery about a solar system trapped in an endless time loop. When focusing on the main objectives, Outer Wilds is about 15½ Hours in length. If you're a gamer that strives to see all aspects of the game, you are likely to spend around 24½ Hours to obtain 100% completion.