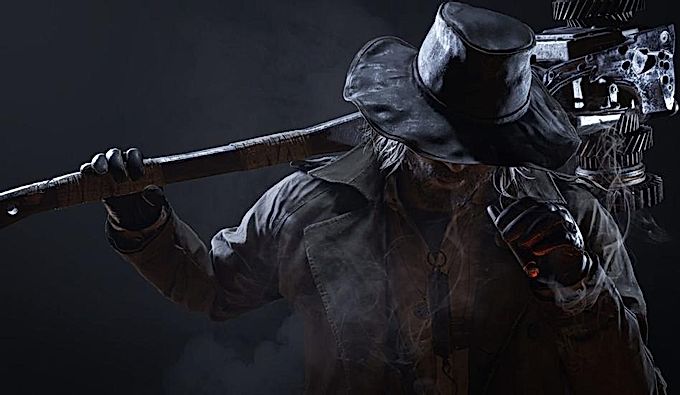 The Resident Evil series took off when the fourth installment came out. The president's helpless daughter aside, he was a tough fighter while still managing to maintain a chilling atmosphere. Then there were the awkward Resident Evil 5 and Resident Evil 6, in which only the name before the number remained from the series.

Resident Evil got a new life with the seventh part. It was far from perfect in both gameplay and storytelling, but Resident Evil 7, with its family of crazy cannibals (in fact, it's more serious, but without spoilers), diligently tried to pull the series out of stagnation. What can not be said about the Village, again pulling her somewhere in the wrong direction. 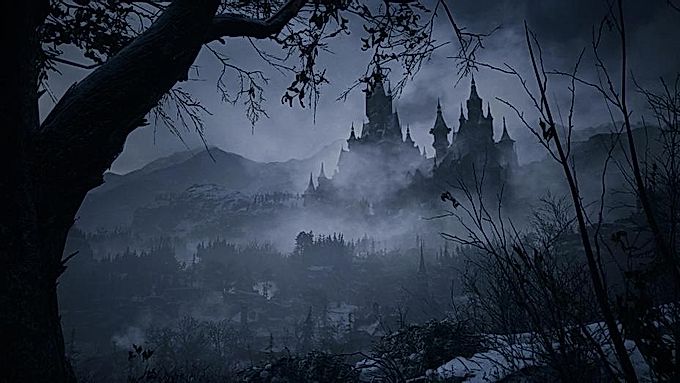 Quickly retelling the events of the seventh part, Village wastes time for several years ahead and takes the player to the abode of the Winters, who are diligently trying to forget their sad experience of meeting the Baker family.

The measured life of Mia and Ethan is interrupted by the sudden arrival of Chris Redfield. He is stern, not shaved, and without further ado, he unloads a clip into Mia's head, steals their daughter Rose, and then drags Ethan himself by the legs in an unknown direction. The scene changes - and now we find ourselves near a wrecked car not far from the very village in the mountains, where the main events of the Village will unfold.

Why did the brave fighter for all good Chris do this? Why does he need a baby? How do I save Rose and get out of here? You will have to find the answers to these and many other questions over the next 9-12 hours, depending on the chosen difficulty level. 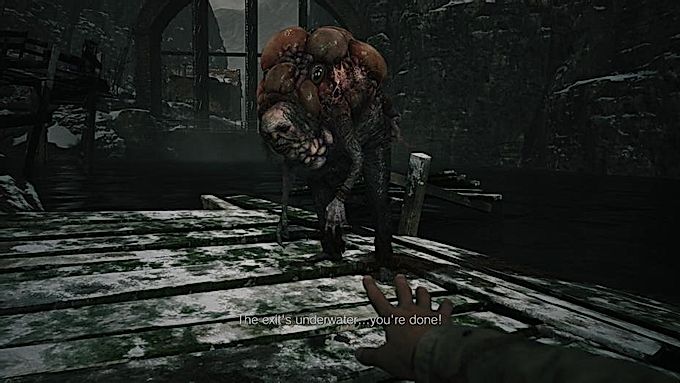 The story this time acquired a more personal character, and therefore more time is allotted to Ethan's experiences and his slow plunge into the maelstrom of madness. Werewolves begin to tear the villagers in front of his eyes, and then some kind of band of disguised aristocrats starts bloody games with his participation - from this, anyone will have mental problems. Although much more emotion is caused not by his sobbing for the dead, but by the fact that he is constantly losing limbs and experiencing physical torment.

If you go through Resident Evil Village on a normal level of difficulty, then an already fearless thriller will become a stupid action movie. You will not experience a shortage of ammo and first-aid kits, and therefore practically will not touch the crafting system; you will not rummage around the houses of the dead villagers in search of ammunition and useful resources, you will forget about the possibility of blocking the attacks of mutants with your hands. No matter how funny it may seem, Ethan can really stop the blow of a half-ton mace with his elbows. 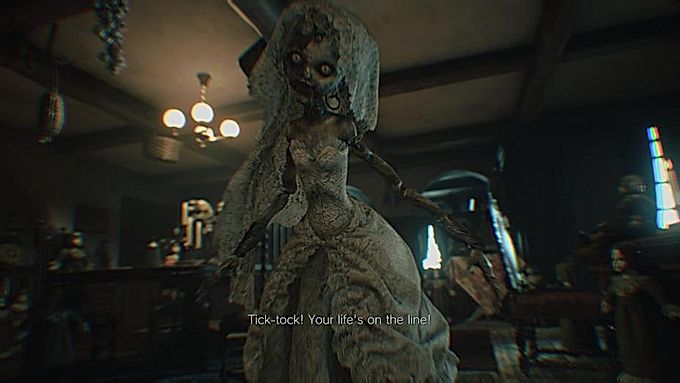 Better to play hardcore - Village feels completely different at this difficulty level. The amount of resources in the locations is the same as on the normal difficulty level, only the skin of the enemies becomes thicker, and the blows are more painful. You will constantly lack ammunition and first-aid kits, forcing you to aim more carefully at the head, more often to give a snatch from mutants and diligently search every corner of the map.

Hunting mechanics will also be very appropriate on hardcore, allowing the local plump merchant to give the carcasses of killed pigs and rams in exchange for grubs that increase Ethan's stamina and other physical indicators. 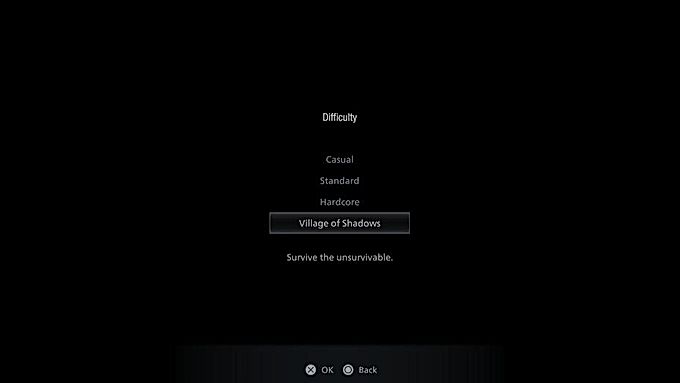 The most impossible and completely unforgiving difficulty level “Village of Shadows” (the same “Madhouse” from Resident Evil 7) deserves special mention. It is available to owners of the extended edition of the game immediately, when everyone else will have to first complete the game on any other difficulty in order to unlock it. It is worth noting that this is a so-so bonus, since it is impossible to play on it even as a veteran of the series, if you do not know the features of locations, the weaknesses of opponents and do not have at least one fully pumped weapon with you. Better to try out the game on Village of Shadows in New Game + mode, bringing in an entire ammo depot and a box of first-aid kits.

Enemies on Village of Shadows behave significantly more aggressively than on normal and hardcore difficulty, quickly corner and die very reluctantly. It is necessary to shoot accurately on the heads, because even an ordinary werewolf can take up to 35 rounds on his chest, and only then die theatrically, wheezing on the ground. Stronger opponents also appear earlier, and therefore it is easy to get stuck in a location without having enough ammo with you.

The skins of bosses become thicker, and fights with them can drag on for 20-30 minutes of continuous shooting at their vulnerable points. 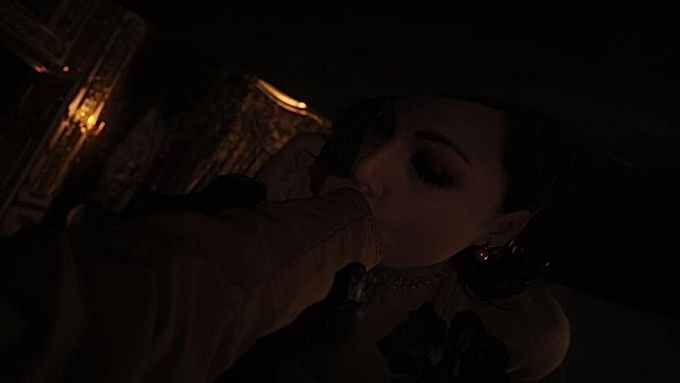 Capcom built the Village ad campaign almost entirely on the vampire Alsina Dimitrescu and her three daughters. The tall aristocrat became the subject of fans' wet fantasies and the heroine of numerous funny pictures in the game. Many expected to see her in the role of the main villain and the final boss. Alas, the Village gives it only one fifth of the total timing. The lady in the hat drives Ethan around the castle a little, and then dies. The inglorious end is essentially the game's mascot.

The rest of the time was devoted to the other three villains, whose possessions in the vicinity of the village Ethan will visit in search of his daughter. The same swamp Moro splashes in a pond, near a fishing village, and a dandy industrialist Heisenberg is hiding in a factory that has put on a stream the production of military cyborgs from scrap metal. Perhaps the most interesting of all is Donna Benevento, whose family mansion is located near a beautiful mountain waterfall. By the way, the section with Benevento is more like a traditional psychological horror game, which requires thinking with your head over solving puzzles, rather than practicing accuracy. 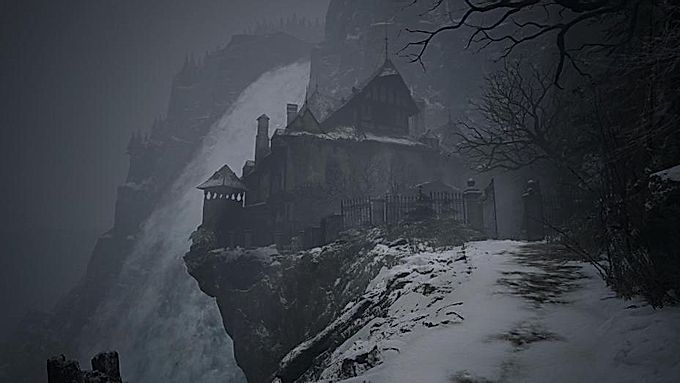 In an effort to attract as many people as possible to the game, Capcom threw the element of horror out of the Village. The new Resident Evil is not scary from the word at all. The last 40 minutes are more like a Hollywood action movie in which the main character shoots off hordes of enemies pounding at him from the hip.

Criticism in Resident Evil Village is not caused except by the visual and technical components. RE Engine demonstrates a good picture even on Xbox One and PS4, and on consoles of the current generation, the game looks amazing without exaggeration. During the first walkthrough, we just wandered around the castle for about an hour, studying the paintings, as well as admiring the stucco and skillfully recreated marble statues. And at the same time, everything, even with ray tracing enabled, works at a speed of 60 frames per second. Yes, the Village does noticeably slip at times, but this does not happen often. 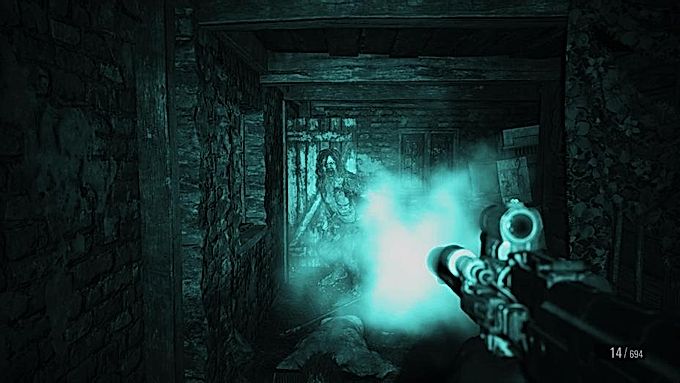 For fans of continuous action in the scenery of the village and the surrounding area, Capcom has prepared the "Mercenaries" mode. This is a race against the clock in familiar locations, during which you kill opponents, trying to earn as many points as possible and get an assessment in one of six categories. The value of the reward and whether a new location will become available depends on the category.

At first, in the "Mercenaries" mode, it is quite simple to deftly handle a pistol, but then, when there are more enemies in the arenas, and their composition is replenished with tough monsters, you will have to get mines with explosives from your backpack more often. And change the pistol for a shotgun with a rifle. 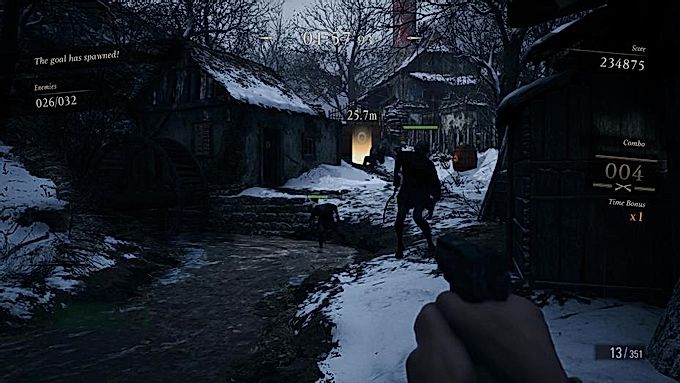 Arenas also have blue and yellow orbs. The yellow ones add 30 seconds to the ticking timer, while the blue ones contain various enhancements and passive abilities, such as being completely invulnerable during a block, running quickly with a knife, or restoring health when firing a pistol.

It is possible to complete all levels in the "Mercenaries" the first time, but it is extremely difficult. Each race requires tactics and planning, knowledge of the location of enemies and orbs. Each killed mutant increases the points multiplier, which is reset if you suddenly stop shooting the inhabitants of the Village, so aggressive play is only welcome here. 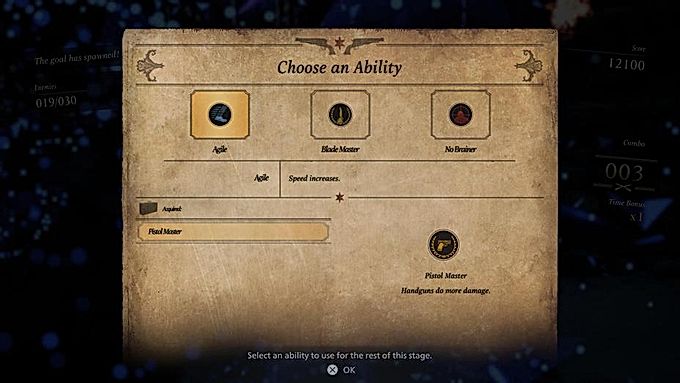 More a shooter with thriller elements than horror. Resident Evil Village is incapable of scaring, incapable of surprise, and certainly does not help in any way to rehabilitate a genre that rests solely on the budget projects of independent studios. Capcom took the right direction with Resident Evil 7, but then decided to make the scary game ... more fun. However, the fans of the series will be glad even for this and will gladly go through the Village on hardcore, while the rest will simply be imbued with the flavor of a mountain village and admire the beauty of the ancient castle.