The gameplay is there! Dragon Quest Tact mobile tactics review 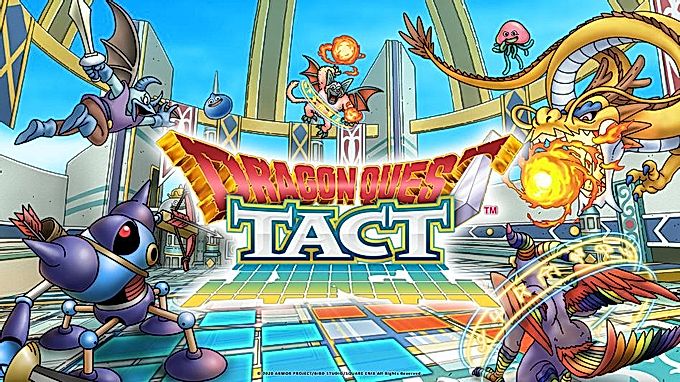 First of all, the Dragon Quest franchise is known for its excellent role-playing games. The first part of the series, released on the NES / Famicom / Dendy, is considered the pioneer of the jRPG genre. Square Enix used proven recipes for the mobile market to create Tact: Hero Collectibles + Loot Boxes = Guaranteed Cash Flow. Dragon Quest adds a setting, music and a pinch of gameplay to the game. Fortunately, the resulting cocktail was not shaken.

The graphic style is great, the music is good, the bestiary is magical, the plot is sweet and kindly naive. It is true that only those who speak English will be able to appreciate the funny plot dialogues with which each (!) Plot mission begins. Square Enix once again ignored the Russian-speaking markets.

From the role-playing games of the series, the developers borrowed tactical battles in small arenas. In battles, it is necessary to competently use the skills of the characters, use the features of the terrain, and calculate the moves. The selection of heroes for the squad must also be done wisely. Their skills must be effective against enemies. Characters fighting in close combat must be strong, magicians must be wise, and the heroes of the squad and their factions must complement each other.

Dragon Quest Tact throws up puzzles at times. The training missions and the campaign are fun to complete. But there is interest only when the mission is completed for the first time, and the opponents are approximately equal in strength. But if in jRPG pumping is accompanied by adventures in the open world, interesting tasks, then in mobile games gamers are forced to repeatedly go through the same levels and solve already solved problems.

A worn-out record quickly gets boring and begins to tire. Fighters most often find themselves in a situation where they are pumped over for the past mission of the campaign, but there is still not enough strength for the future. As a result, endless runs in campaign missions turn into endless grind of experience and resources for pumping.

According to the canons of mobile gaming, the game has a button to enable automatic combat. The player in this mode does not need to strain, just sit back and watch how the mi-missed monsters mutter each other. For ordinary users, the movie will be long. VIP clients will be able to watch the movie on fast forward. Sometimes the authors throw in "coupons" that allow them to escape from the show and go straight to the trophy collection procedure. Gamers tired of replays can purchase them for in-game premium currency.

In shareware games, the authors somehow push the players to pay. In addition to "coupons" for absenteeism from movie shows, you can purchase resources, weapons, experience scrolls for in-game currency. There is also a Battle Pass that makes it easier to level up.

Thrifty players could play it all on their own, but the resource grind is limited by stamina. The more valuable the resources, the more stamina you need to spend. This parameter is restored, unlike many mobile games, relatively quickly, but “fast” does not mean “instant”, and you still need time to grind. Dragon Quest Tact is either fast or free. Take your pick.

In other mobile games, "endurance" becomes a pay-to-play element, but in Dragon Quest Tact this is not the case. The developers left the opportunity to play even after it was exhausted. Endurance only limits resource grinding, not experience grinding. You can upgrade characters for free and almost endlessly. To do this, the game has a fluffy and misnomer "road of fury" - the "Battle Road" mode.

Fighters will not be allowed to make up an arbitrary party in this mode, the set for each training track is fixed. These sets are predominantly low-ranked characters. There are 7 ranks in total (in decreasing quality): S, A, B, C, D, E, F. There are sub-ranks within the same rank: A1, A2, etc., the maximum level of pumping depends on them. The steeper the rank of a fighter, the more powerful he is, and his skills are more useful.

Easier characters can be obtained in campaign missions. Heroes of high ranks get there much less often. To replenish the collection with top fighters, there are loot boxes adored by developers of mobile "casinos". They are bought for the vouchers won or the in-game premium currency. As always, the collection is rapidly replenished with fighters of low rank, duplicates are thrown out on the player, to get top characters this roulette needs to be turned many times.

PvP (player-vs-player, player-versus-player) mode is not yet available in Dragon Quest Tact. Players are just going through the campaign and pumping. What the authors are implementing at the "Arena", in what format the battles will take place, what modes will be available there, it is impossible to say now.

Considering the current state of mobile gaming, Dragon Quest Tact is something I would like to use as an example. This game has game mechanics and they work. In many other "mobile phones" you can only collect beautiful pictures, and collecting, pumping and opening loot boxes is not gameplay.

Everything that Tact from Dragon Quest has incorporated is great. Everything that came from "mobile phones" is terrible. The resulting cocktail evokes mixed feelings. If you are a fan of this universe, then you can play Tact. Most likely you will get pleasure. Do not rush to bring big money to the developers, wait for the opening of PvP-battles and see how strong the pay-to-win system will be. The rest of the players can pass by.