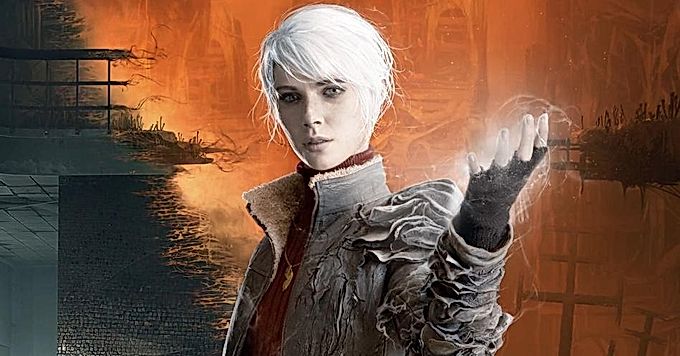 The Medium tells the story of a girl named Marianne, who has the unique ability to be in the real world and the spirit world at the same time. At a certain moment, she receives a call from a mysterious man who is aware of her unique gift and asks for help to stop the impending disaster. To do this, you need to come to the Niva sanatorium.

During the 7-8 hour campaign, the player will be guided through several vast territories, told a complexly structured story in the best traditions of psychological thrillers, where the obvious is not at all what it seems, and Marianne is not at all the main character of this novel.

From the announcement, the project received the unspoken title of "Polish Silent Hill". The similarities can be traced in many plot features and atmosphere. Marianne is at the junction of two worlds and exists in them in parallel. This allows the game to use a very unique artistic technique - the simultaneous display of two different stylizations of the same spatial architecture. The spirit world is an eerie distortion of reality with leather and bone decorations. 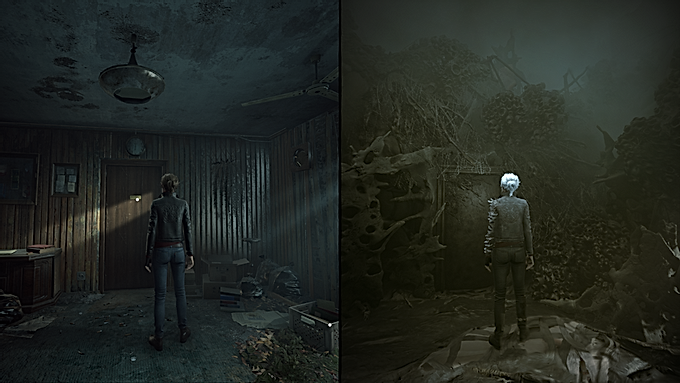 The visualization of the other world deserves sincere praises towards the artists who have worked out the smallest aspects. Locations are gloomy, sometimes even disgusting, but beautiful in their own way. But the bestiary is meager. Monsters inspire awe and even disgust, but they are few.

The main part of his adventure Marian will spend in an abandoned boarding house built in the 80s by the People's Republic of Poland. The visualization of frozen time is no less delightful than the otherworldly reality. The smallest details and items of Soviet paraphernalia immerse the player in that era. The system of tracking cameras in the aggregate of successful angles accurately convey the atmosphere of what is happening. 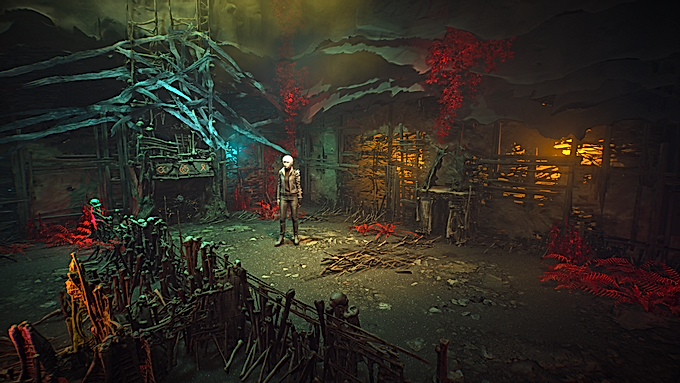 From a game point of view, the game is not as rosy as with the visual part. The Meduim is a "walking simulator" where 70% of the playing time you have to walk and explore the environment, find and "scan" objects, learn the stories of their owners, read notes, reproduce the "echo" of the past. All this is diluted with the simplest tasks.

The key to a closed door is almost always found in the next room. The three items required to open the box are scattered within one location. As a last resort, you will be forced to arrange these items in the correct sequence.

Despite her ability to be in two worlds at the same time, Marianne will do it in strictly designated places according to the plot. In parallel worlds mode, players are often given to solve all the same single-celled puzzles that require minimal interaction between worlds.

The main tool in solving riddles is spiritual strength. She is able to charge with electricity a de-energized mechanism or create a light shield around the heroine, which will protect her from a flock of bloodthirsty moths. Marianne can carry up to two "charges" with her. Make-up is carried out from special wells. Most often they are dried. To replenish energy, you need to solve a simple riddle. Again, most often you need to find a missing object in the next room.

Sometimes the game has claims to complex riddles, but the essence of their solution comes down to a simple "click" locations in search of everything that can be put in your pocket. At some moments, the passage in the real world will be blocked, and in the other world, it will be open. Marianne can step out of her bodily form and travel further through the spirit world, but not for long and not far. And all she has to do is find an item or press a button. At certain moments, the game forces the girl to play hide and seek with an invulnerable enemy. 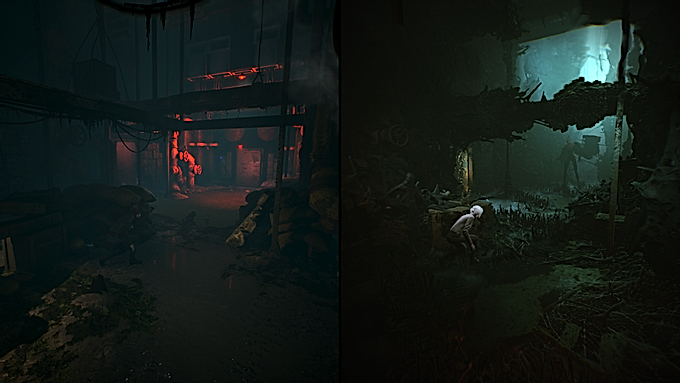 The most annoying thing is that all these elements in The Medium are successfully intertwined only at the final stage of the passage. Splitting the screen into two worlds pays off, interesting puzzles emerge, and the fight against the antagonist is well-posed. It would seem that the developers can and understand how to work with their simple mechanics, but they reveal it too late. Most of the player's adventures are surprising only with decorations and simple riddles.

In classic Japanese horror games, the game mechanics were also not very difficult, but there the enemy could attack at any moment. The player was always tense. All danger in The Medium lies in wait for the player in strictly defined moments, and in the next room a solution is always found. 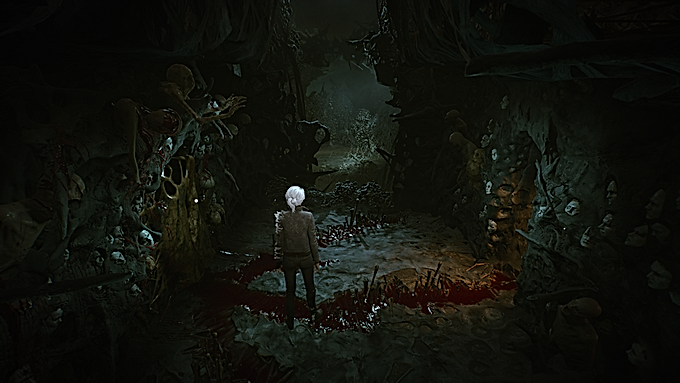 "Great" optimization adds fuel to the fire. At the time of release, The Medium had no problems on consoles. Almost always fair 4K resolution in the Series X version and stable 30 frames per second. With the arrival of the renewal, all this has sunk into oblivion. Dynamic resolution on consoles often drops to 2K at best, and the frame rate sometimes drops to 15 fps in closed locations! Plus, graphic artifacts sometimes run all over the screen in the form of broken rainbow effects, polygons falling out. Drop shadows and non-loadable textures. And if on the PC, where the update also spoiled the optimization, there are ways to roll back to the release version 1.0, then the console players can only rely on the mercy of the developers. 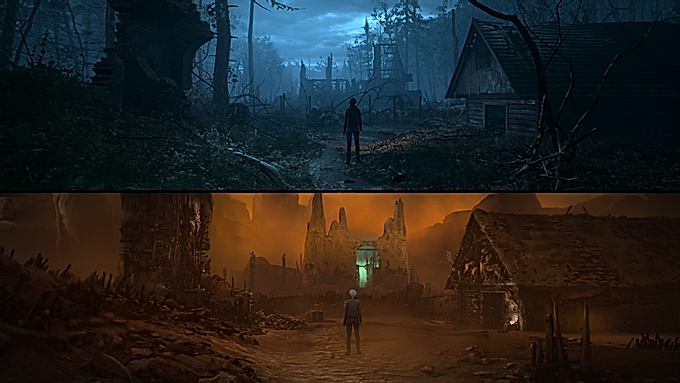 Superbly drawn, well-posed and wonderfully orchestrated "walking simulator". The Medium boasts of having unique ideas that, for various reasons, have not been properly developed. On the one hand, the game has all the hallmarks of untapped potential. On the other hand, in the modern realities of the flow of the same type of AAA crafts, The Medium stands out. An overall enjoyable adventure and a breath of fresh air.