To while away the evening. Olija Review 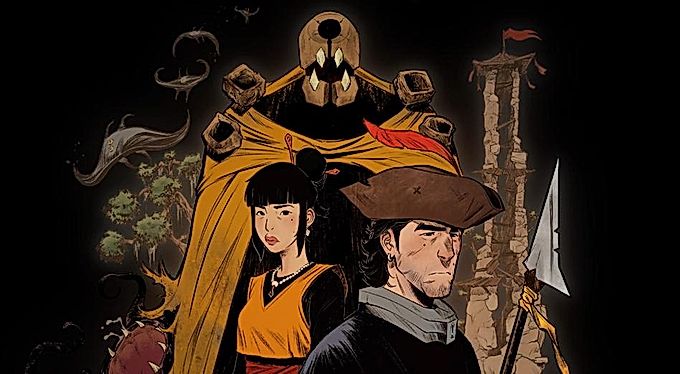 It looks like a simple combat platformer, which we gorged on back in the days of Dendy: back and forth, jump and hit. According to the plot, our hero Faraday, a beggar lord, collects a ship, loads his people onto it and sails in search of a better life. This is followed by a shipwreck in the local version of the Bermuda Triangle. And to get out of this trap, you need to visit all the islands, search the caves and find all the keys. The road to the outside world is blocked by huge locked gates.

We run, jump, beat dummies, sometimes solve simple puzzles. The game design is simple. Criminally simple. As you progress through Faraday acquires new abilities, but good riddles with their participation ... One or two. Here the hero's harpoon learned to accumulate electricity. It seems that now you can spawn a lot of diverse puzzles! Unfortunately no. The creator of the game timidly makes an introductory test, then develops the idea a little, and then completely forgets about this feature. And so with everything. 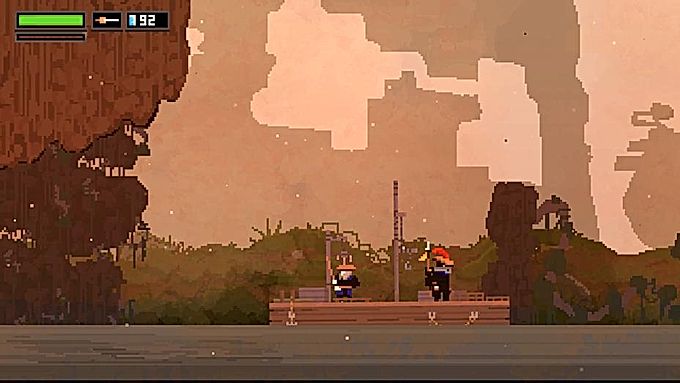 The game seems to hint - I'm not talking about gameplay, relax. All these jumps and clumsy battles serve only to keep the user at the screen, plunge him into a depressing atmosphere and, through ugly pixels, tell the story of the strange relationship between Faraday and the local ruler Olia.

There is a plot here, but it doesn't seem to be there. If you retell it, you get such a gum about a hero who runs through caves and beats monsters in order to visit Oliya once an hour, to receive a gift from her. The game is full of innuendo and mysterious characters that drop thoughtful phrases. What for? Why? Think for yourself. Better not think, feel. The magical music and sounds of nature are conducive to gazing fondly at clusters of pixels.

And if as a work of art Olija feels great, then as a game - not at all. It's just a lot of missed opportunities. Obviously, there were initially plans to do a large project, which eventually shrank to a 5-hour campaign. So, here it is necessary to collect resources and use them to make hats that endow the hero with useful and not very abilities. But the game ends faster than you have time to make all the hats and, moreover, try them out. And there is not much point in them. Unless resistance to poison is useful in a fight with one boss - it makes his attacks meaningless. 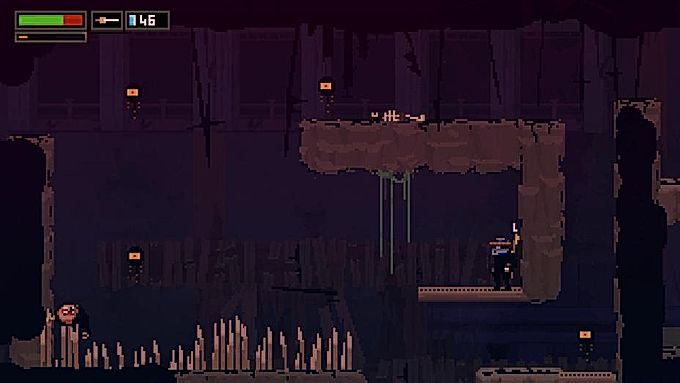 Faraday's crossbow and shotgun are almost always useless. An additional sword, which is given out closer to the final, is only needed to solve a couple of puzzles. That leaves a universal rapier and a magic harpoon. The latter constantly returns to the owner or attracts him to himself.

From this game, a long and varied adventure across different islands could turn out, where the hero's skills improve, enemies become angrier, conditions change, and terrible bosses appear. But Olija, as mentioned above, is not about gameplay, but about history. Cave exploration, chance encounters, simple puzzles, and sudden events are cleverly strung together on a narrative thread. Curiosity pushes forward. What's on the next island, will the relationship with Olya go further than holding hands, who is there so evil muttering in the dark after another feat of Faraday? Therefore, you do not regret the five hours spent. An enjoyable adventure. But it is very difficult to recommend it to someone.

One could say that this is an "underappreciated masterpiece", but no. Like a game Olija is mediocrity. The simple game design will not please any platformer or 2D action game lovers. Puzzles are solved in flight, and there are few of them. Most of the weapons and hats were introduced only to have something to collect. There are a couple of interesting bosses, the ending is good, but there is no emotional uplift from what you are doing. The game does not please with tricky tests. 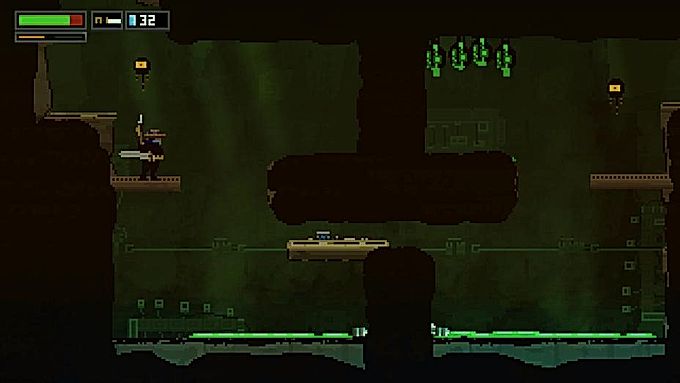 Olija strikes emotions in a different way. Scary graphics and animation are accompanied by some unrealistic (for a project with such and such an appearance) beautiful music and masterful sound design. You see on the screen a brown rectangle representing a boat, and from the speakers you can hear the creak of wood, the splash of waves, the blows of oars. Imagination is turned on, and the brain multiplies the impression of a wretched picture. Turn off the sound - before your eyes a miserable platformer. You turn it on - a work of art.

Olija is recommended if you want to take part in a short and varied adventure without straining too much. The game is fascinating, leaves a pleasant aftertaste, is played in one or two evenings, but you hardly want to return to it. After the end credits, there is nothing to do in it.