No one in space will hear you yawn. Breathedge Review 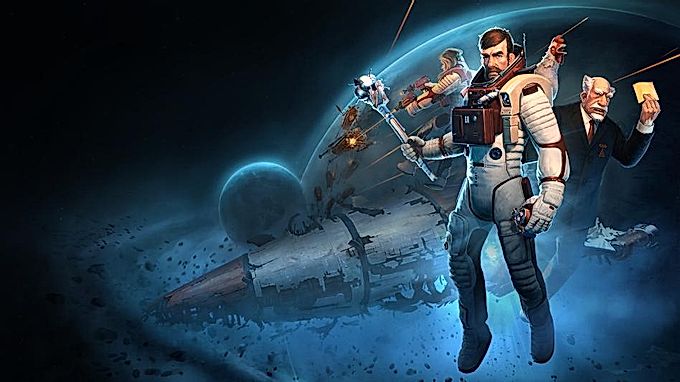 Breathedge is a Russian first-person survival simulator in which the main character, Man, tries to survive the crash of a space liner and find a way to fly home without forgetting to grab his immortal chicken.

The first 40 minutes of Breathedge are fun! An interesting plot that is served to you in a fun and funny way is captivating. And you, humming the local hit of the Bylinushka group, about the beard and its importance for every Russian man, even forget that you are in a survival simulator.

The atmosphere of the universe, where the Soviet Union conquered space and organized passenger transportation to anywhere in the universe, and also made robots the main work force, is unique. You won't find anything like this anywhere else, and Breathedge can be loved at least for this reason. Unfortunately, the plot, jokes and atmosphere of Soviet space are all that RedRuins Software studio managed to do. 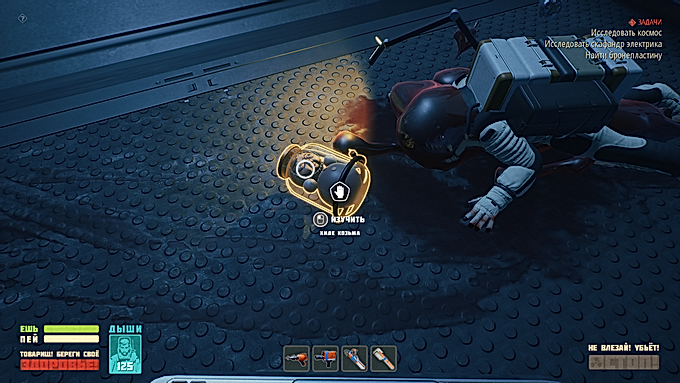 As good as the local history is, the rest of the game is in trouble. It is not clear why the developer decided to stretch his game so much, if it was possible to make a fun adventure for 5-10 hours without overloading Breathedge with frenzied mechanics of survival and resource extraction. The project would only benefit from this. But first things first.

Discouragement with interruptions for jokes

When the euphoria after the first hour passes, the player is left alone with the harsh reality - he will have to engage in a dull grind of resources in order to advance through the plot. Need to fix your antenna? Collect metal and other tools first to get the materials you need to repair the connection!

And it would be fine if these tools could be repaired or they would be eternal - don't even hope! Scrap, which is created from three metals, can only break three large pieces of metal, from where you can get nine units of resources. Is it profitable? Yes, only this material is one of the main and is necessary not only for the creation of scrap. And so - in everything. 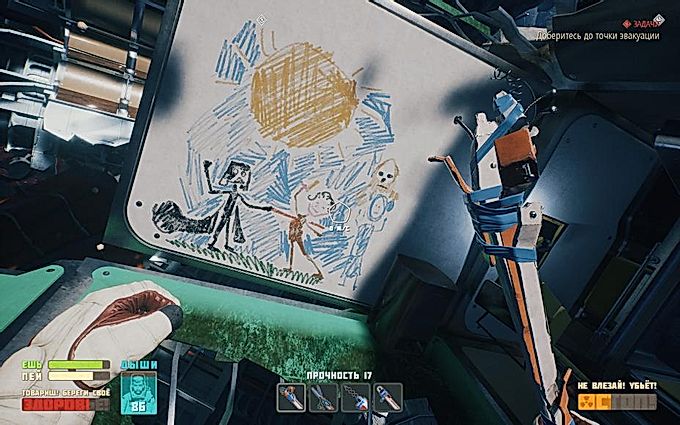 Escape to space in the first two hours of gameplay is limited. Only after flying out of the base, the player will see that there is very little air left - you need to return, sometimes losing health. Only by finding an improvement in the air cylinder will it be possible to extend the total stay in space up to a minute. The development is uneven, and depends only on whether the player has paid attention to some thing in the middle of dark space. If you do not interact, for example, with the drawing of Winnie the Pooh, you will not be able to get a double balloon created from two condoms.

This was not enough for the developers. Imagine the situation. You have already developed enough, you are exploring space. And even if a ten-minute flight without any incidents can hardly be called a loud word "research" - you fly to the plot location. Listen to the ironic and humorous monologue of your spacesuit, in which it turns out that fuel is needed to start the cooling of the reactor. It must be created separately, and you accidentally did not have it in your inventory. Not only did you fly for 10 minutes just like that - now you need to return the same way to the base, look for materials to create fuel and fly back. Fascinating 30 minutes of yawning and reading the news feed, while the Man plows through the expanses of dead space, and the player presses the "W" key, occasionally accelerating with the Shift button. 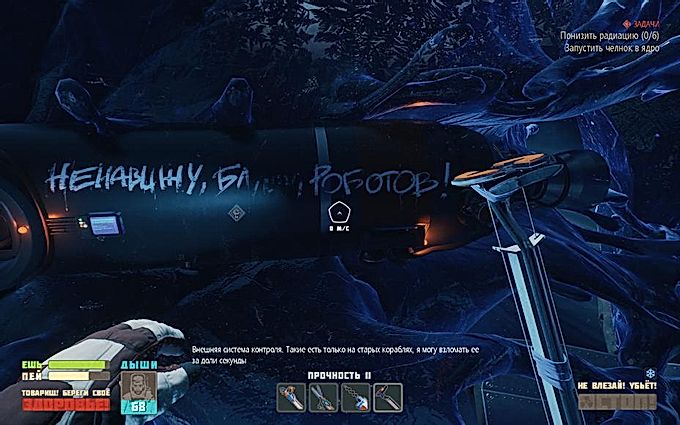 And let it be an isolated case - in Breathedge, boring space flights are elevated to an absolute. The player can fly to the location, having spent almost all the oxygen, and find there only some kind of reference or a funny description of objects. And if he dies on the way back - then all this, consider, was not. We'll have to repeat. Fun? Not at all.

A little later, the player will have at his disposal a "transport" in the form of a modified "Rocket" vacuum cleaner and a jet "Zaz-1", but to collect them, you will have to fly a lot and for a long time in space on your own, build a base and improve it.

The game has an "easy" mode, in which most of the elements of survival are disabled. But there is also no way to get achievements, and the creation of items is not going anywhere. Let it be endless to explore space, but what's the point if it's just boring and uninteresting? 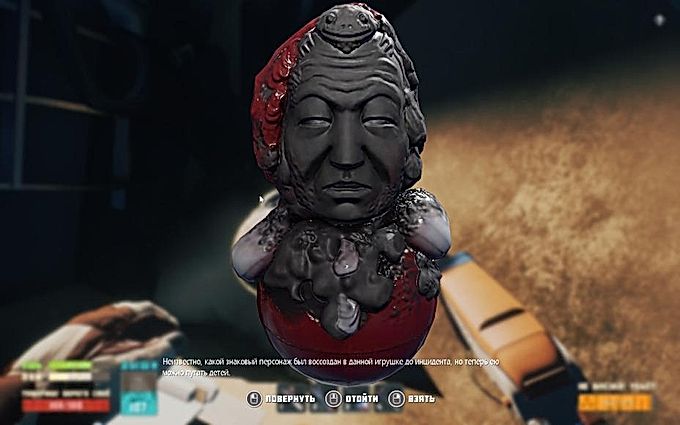 In the final version, there are bugs that prevent the completion of tasks. So, I could not complete the investigation into the murder of an astronaut who was poisoned with Novichok vitamins - just one of the evidence was missing. She either simply did not appear, or flew away somewhere in an unknown direction.

Breathedge is hardly a good product. The plot, atmosphere and jokes could have saved the project if it was a ten-hour adventure or walking simulator, and not a boring survivor. In some places, the script and the idea are breathtaking, and you listen to the song of the Bylinushka group on repeat even after leaving the game. Only with the foundation of the project, with the gameplay, RedRuin did not cope even after three years of "Early Access".