And this is a PS5 exclusive. Destruction AllStars Review 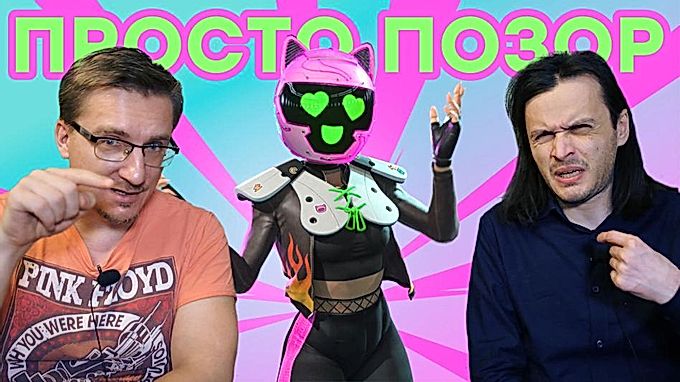 PS5-exclusive - sounds proud. Combat racing - sweet fantasies about Twisted Metal and Destruction Derby emerge from the memory. A new generation game - and your heart skips in anticipation of top graphics. However, when looking at Destruction AllStars, the eyelid begins to twitch nervously.

Bad taste. The artists from the British studio Lucid Games seemed to want to surpass their colleagues from Ninja Theory with their Bleeding Edge. In a crowd of grotesque freaks, it is difficult to find a hero who would not cause rejection at least by his appearance, let alone by his antics. 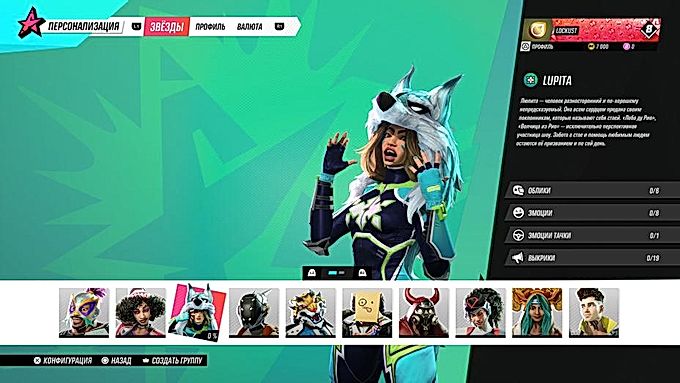 The arenas are so uniform that you just can't tell the difference between them. They seem to be in different cities of the world, but except for the background and color, nothing changes. The jumble of identical elements and flickering lights makes it difficult to understand whether the action is now taking place in London or Tokyo.

The game, which was originally intended to be sold for money, has bot training and multiplayer. There is also a "Series of Tests", access to which opens for money. Real money. With premium currency, you unlock character-specific challenges. They also show short videos, such as a plot. But the reward for passing the tests is insignificant, and knocking out the "stars", trying to complete the assigned tasks, is not fun at all. Especially when the game from a racing action movie suddenly turns into a platformer. Jump, collect crystals, it's so much fun! Not. In a game with inept physics of character movement, this is not only not interesting, it is painful. 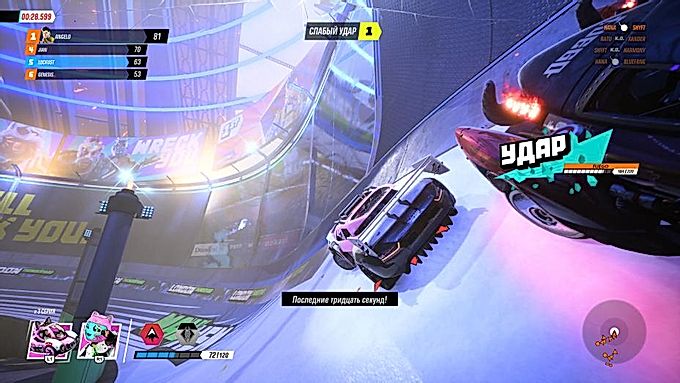 Multiplayer ... It's a pity that the developers were not inspired by the Rocket League. Then they would have had a chance. Now this is not even a game or a preparation. This is a concept for “Sony, we have a cool idea! Give me money!". Action on Wheels! Tiny arenas, 16 participants and all ramming each other! Have you smashed the car? Run to the next one. Collected enough crystals by jumping on the platforms - you can summon a car, exclusive to the selected hero.

All ramming each other haphazardly, gaining points. The one who collected the most won. After the match, they give experience, if they are lucky to raise the level, they will allocate some in-game currency to buy a coloring for the hero, an emotion or a victory pose. Prices are high, you have to save up for a long time. And the "legendary" options are given only for premium currency. That is, for real money.

Let's repeat it again to secure it. Legendary skins and new Challenges are sold here for real money. At the time of this writing, you cannot get them in another way.

The network code is ugly. There were matches when the enemy's cars literally teleported. A couple of times, the parties gathered in such a way that one opponent was nominated against eight people. 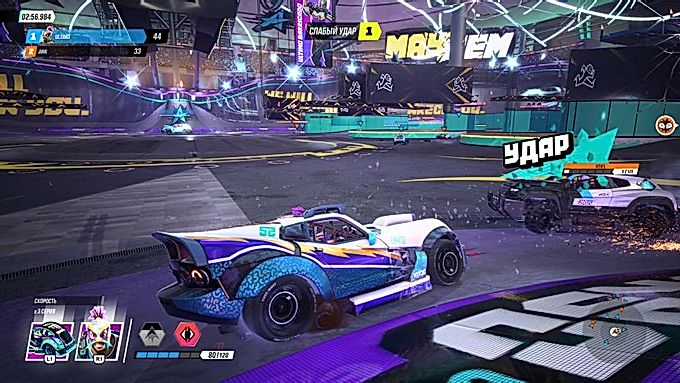 Destruction AllStars offers several multiplayer modes designed more to confuse the player than to offer real variety. There are a couple of solo modes, there are a couple for teamwork. Somewhere it is necessary not only to ram opponents, but to “collect parts” and dive into the flames in the center of the arena by car. Or "collect parts" and spend them on capturing points. The developers did not dare to make a tiny step outside this scheme. 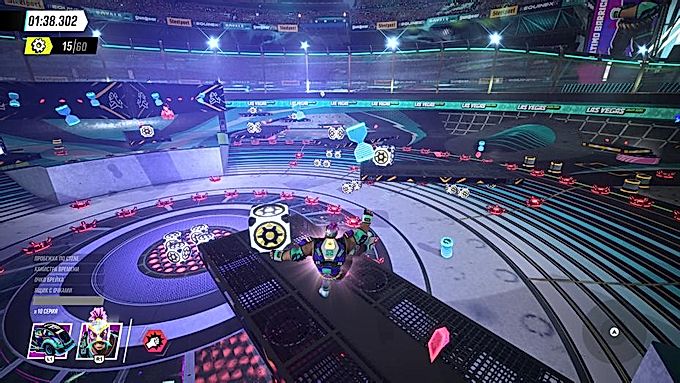 Many people may have a fair question how the inconspicuous studio Lucid Games, which has almost nothing in its portfolio, suddenly received the go-ahead from Sony itself to create a starting exclusive for the PS5. It's simple. Lucid Games is the former Bizarre Creations, creators of the Project Gotham Racing series. These car arcade games were at one time a hit on the Xbox platform.

In 2010, after the failure of the racing action movie Blur, Activision closed the studio. Having found themselves in the dank streets of Liverpool, the employees decided to survive on their own and organized a new enterprise. They took on any contracts, ported inconspicuous games to mobile devices, helped create Need for Speed ​​Payback. A miserable existence. But then they got a unique chance, which happens once in a lifetime - they got the opportunity to loudly declare themselves, create a PS5-exclusive in a genre familiar to them ... And they missed this chance.

This game is somewhat reminiscent of a fashionable boy who is trying to seem like a cool rapper - all in trinkets, on show-offs, freezes in cool poses and knows all the buzzwords. But rhyming meanings is not his. In "battle" he can only win against his reflection in the mirror. Because it is silent.

Destruction AllStars is not about wasted potential or unrevealed ideas. It's just a mediocre game where everything is done wrong. There is no excitement (and this is in battle races!), Heroes cause rejection, arenas are uniform, and the uniformity of multiplayer modes makes their presence meaningless.

The fun is that the game was originally intended to be sold at full price. And outraged by the ridiculous approach to monetization. But best of all, THIS is a PS5 exclusive.

Sony, don't spoil your karma. We have not yet forgotten about last year's shame called Predator Hunting Grounds.