Questroom in your pocket. Review of the series of puzzles The Room 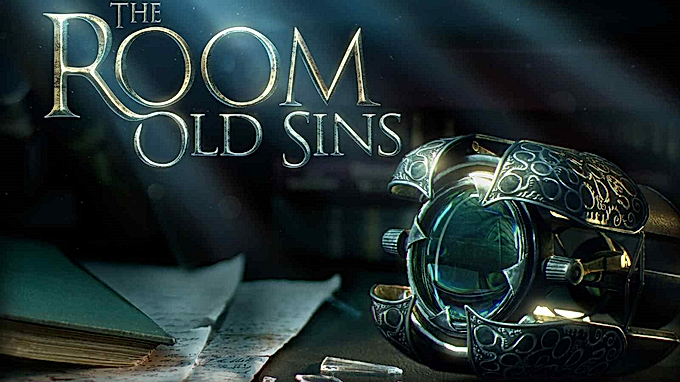 A small team of British developers from Fireproof Studios, was founded by the Criterion Games native in 2008. After several years of apprenticeship work, in 2012 the studio independently released a small experimental The Room.

But in 2012, there was no money to develop for consoles or PCs. Therefore, Fireproof Studios decided to release on iOS and Android, since the Unity engine allows it. The publisher could not be found - no one wanted to invest in a small paid game.

During the development, the authors tried to create an original and high-quality project, while using the capabilities of mobile platforms: multitouch and an accelerometer with a gyroscope. Inspired by Asian secrets boxes, they have developed a somewhat unique gameplay that is strikingly different from numerous mobile crafts.

In The Room, the player is in the same room and interacts with only one object. But such a number of riddles and such a concentration of them can hardly be found anywhere. The riddle hides in the riddle, the casket hides in the casket. Gradually unraveling the tangle of various logical problems, you get to the point. Some locks are unlocked with an unusual key, which in the inventory still needs to be adjusted to the keyhole, something is opened by pressing buttons at the same time, somewhere you need to find out the code.

Hints for solving riddles can be anywhere, but they all fit organically into the game world. The project amazes with the scrupulousness of the elaborated details. All tasks are logical, you just need to be careful, remember small details and do not forget to use a special lens that shows the surrounding reality in a new light.

If you are stumped, they will give you hints about what to look for. Of course, they will not do it right away, and the transparency of the hint depends on the time spent on the player's search for a solution. Usually the third or fourth prompt will tell you what needs to be done in almost plain text. It is not necessary to use hints, they can be turned off in the settings.

The first "room" is short in duration. It can be seen that the developers had very little money. Game for one evening - it will take you several hours to complete it. But even in this case, the developers managed to work on the setting (England at the end of the 19th century) and the plot, which is presented in the form of notes by a certain scientist A.S., who is working on obtaining a new element "Zero", in addition to cool riddles.

The authors continued the same plot in the second and third parts. In the second, you have to interact with not one object, but several in the room, and the room is not alone. Moving to the next occurs after solving all the problems. The concentration of riddles has become less, although the world around the player is still meticulously worked out, and the interaction between several objects adds interest to the game.

In The Room Three, the authors have created a full story adventure that logically completes the story of the first two "rooms". The game has a large number of locations, objects, tasks. You will have to explore more than one casket, but a huge mansion with a lighthouse, observatory, basement, library.

The graph and the number of worked out locations show what the proceeds from the sale of the previous parts went to. Solving puzzles and exploring numerous locations is still interesting, but chasing the size, the authors lost their charm. The concentration of riddles falls, dissolving in moving around the huge mansion, there are recurring riddles, and the big world no longer delivers that joy.

The Room Three is more reminiscent of classic quests, and the series hooked on to a completely different one. This was also understood by the authors, who in Old Sins were able to combine the original original approach with scale and storytelling. Investigation into the disappearance of the scientist who worked to obtain the "zero", and his wife, takes place in a dollhouse - a model of their mansion. Moving between locations, which used to distract from puzzles, is now faster and no longer interferes.

In all parts of The Room, the plot is based on well-detailed detailed graphics, musical accompaniment and superbly made sound effects. You literally physically feel the rotation of gears in mechanisms when you hold a smartphone in your hands. Even more immersion is achieved with headphones.

The player is enveloped in the atmosphere of a mystical horror. There is no need to fight with any monsters, run, shoot back. The Room is not about that. It is about the feeling of impending and all-consuming horror, which the closer to the denouement, the more overtakes the player. Of course, we should pay tribute to the talent of the authors, since there is practically no such believable environment and atmosphere in mobile games.

A small fly in the ointment will be the lack of localization in the first two parts. There are not many plot notes, but if you do not speak English at all, then it will be difficult. Hints are also in English. The third and fourth parts have been fully translated into Russian.

Great, atmospheric, technically flawless ... mobile game. Ported to PC, The Room feels different. In The Room, you need to dive alone, in a dark room, with good headphones, better on a tablet, but also good on a smartphone. Having plunged into a gloomy mystical world, focusing on solving puzzles, sometimes you don't want to go out into the surrounding reality, it is so addictive.

Fans of The Room genre cannot be missed. And, given the cost of the first part of the game, everyone can join this delightful quest.