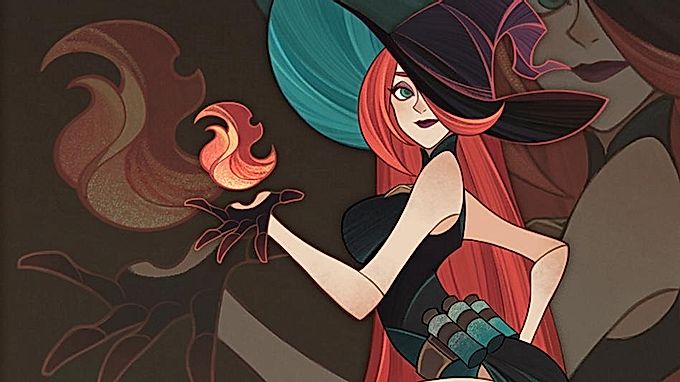 AFK Arena does not even try to reveal the plot about the next fight of the "beaver with a donkey". Everyone understands that you have not installed this application for reading, although for the most curious Chinese developers from Lilith Games, the world of the game at the very least filled the world of the game. All key characters have their own stories, and in addition to the main campaign, the player is offered to participate in short missions that have their own storyline. The very fact that the world has been worked on already commands respect, but this does not affect the game in any way.

AFK Arena is not much different from other games of its kind. The player collects a collection of heroes, pumps them up, makes up a squad that sends them to battle in campaign missions, adventures, or fight in the arena against other players. However, the developers from China decided to turn their face to the audience and cut out the moments from AFK Arena that poison the lives of gamers in similar projects.

Firstly, the creators of AFK Arena decided to abandon the long rectum along which the heroes run, dealing with several waves of opponents. Battles always take place in arenas in a 5 by 5 format. Moreover, in addition to auto-battle, players have access to a double acceleration button, and it is free! Nonsense animations now take less time to view.

Secondly, in this game you do not have to repeatedly “go through” the same campaign mission in order to grind experience or weapons. Campaign reruns, limited by energy (hello Chronicles of Chaos), replaces the AFK chest - the main feature of the AFK Arena. The chest accumulates experience, money, items for 12 hours. The speed of receipt of money and experience, as well as the level of items, depends on your level and VIP status.

Thirdly, the authors tried to diversify the routine of meaningless battles in the "Labyrinth" mode. The playing field of the labyrinth represents hexes on which enemies, treasures, resources, allies are located. The player's task is to go through the maze, collecting treasures, and not to lose all of his heroes. The route through the labyrinth must be laid wisely, because the health of the characters after the battles is not restored. In this vein, the developers have made several story adventures.

Fourthly, the player is no longer required to upgrade all heroes. By placing five of your characters around the "resonating crystal", you can transfer the level of the weakest of them to other heroes. So it is better to leave the resources for pumping to the top five, the rest will follow them.

As for the rest, we repeat, AFK Arena is not much different from other "donation dumpsters". The player is explicitly or implicitly pushed to expand the collection of heroes. Naturally, this need is explained by the fact that tactical formations, character factions, combinations are important game mechanics.

In reality, all this is useless. It is enough to pump a few levels higher, more or less competently make up a squad in order to win.

Fractions and combinations are only needed to induce the player to collect the entire collection, because for this you need to buy loot boxes. The most popular characters, who have really useful skills in their arsenal, have the least chance of dropping out. Spending a decent amount of money to hire heroes runs the risk of getting a bunch of regular characters, whose fate is to be fired at the same time.

Duplicates are also unavoidable. The same hero cards dropped from loot boxes can be combined, increasing their epic (and characteristics). But this also means that it will not be easy to pump a rare character to a high level - you need to knock out a duplicate. This is not always required, sometimes a hero card of the same faction is enough, but the replenishment of the hero cards when pumping them must be put on stream.

The streaming "production" of heroes in the local tavern-casino will not be free. Neither an AFK chest nor a pile of premium currency will help. Of course, many players will be happy with what they have. Enter the game twice a day, open the chest, pump up one or two heroes a little, fight five times in the arena, try to beat the boss in the campaign - 10-15 minutes per game session, rest from the routine.

But such simple free entertainment can only be afforded by those who do not join the clan. At AFK Arena, this is a must. The clan allows you to use the heroes of its brothers in arms, opens its own store, and serious bonuses become available. But in a clan, either the player "drags" or "drags" him. They will not be "dragged" for a long time, weaklings from strong clans are expelled quickly. This means that you will have to donate.

All these simple manipulations allowed Chinese developers to greatly simplify the monetization system. In AFK Arena, there is neither confusing pumping nor three dozen types of game currency. Compared to analogs, monetization is transparent here. You pay money, play in the casino, your winnings are a new hero. If you spend a lot, then a richer chest is attached to the VIP status.

As it should be in expensive casinos, the appearance of such an establishment must be impeccable. Impeccable style, great music, impeccable technical performance. There are not many such stylish and polished mobile games. And among them AFK Arena will not get lost. Moreover, the chosen graphic style is not aimed at children at all, although children will also like it.

The advertising campaign of this casino is on the same level. No cheap wiring. Good script and direction, worthy of computer graphics, starring Elijah Wood, who played the role of Frodo Baggins in the Lord of the Rings trilogy. The casino can afford it.

In a beautiful casino called AFK Arena, you will be greeted at the highest level. And the fact that you may one day be left without a livelihood, no one will know. On the other side of the smartphone screen, you cannot be seen and no one cares about your financial problems. Many players are delighted with the unique "gameplay" of this mobile application. Of course, the concept of “pay and don't play” instead of “pay to play” is really unique, but you really shouldn't call watching animations of fighting electronic dummies gameplay.

Behind the beautiful and shining façade of AFK Arena, there is the same "donat trash heap". Without pouring money into this project, you will only be fodder for rich players. Be careful not to gamble at a casino, let alone on credit. And think about what you get in return for your money.